Something you may not know about our team is that we really do love exploring the city we serve!

Shortly after I moved to the Ann Arbor area, I started to make a list of things I wanted to see and do around the city. One of my top five was to visit the Michigan Stadium, otherwise known as "The Big House".

Trust me when I say that once you walk up to the stadium you'll understand why they call it the Big House!

The stadium itself dates back to 1927 when it was origianlly built, but it has gone through several modifications since then.

When I attended a game in 2016, the capacity of the stadium had expanded to accomodate just over 115,000 people. The sheer volume of people that number represents doesn't really hit you until you walk in to he field area for the first time.

You enter through tunnels that are set up as entry gates much like any other stadium. But as soon as you walk in you are overwhelmed by a literal sea of people stretched out before you.

The sound of the crowd was amazing, too! The student section really did a good job of bringing life to the crowd by doing different chants and starting 100,000+ person strong waves that moved around the entire arena. I was really impressed by the coordination!

One thing you'll want to make sure of is that you bring something comfortable to wear and sit on. When I went it was close to 90 degrees, and the heat generated by the people around you can make that heat even more intense.

Be sure to wear sunscreen on hot, sunny days as well. You'll be glad you did.

In regards to seating, they really cram you in at the Big House. Many of the seats are simple benches which can be hard on your back, and sitting on a aluminum bench for 4 hours isn't exactly my idea of comfortable.

So like I said, bring a small cushion to sit on if you have one.

With that said, the experience of a football game at the Big House can't be beat, and the pros far outweigh any of the cons I mentioned above.

If you aren't a football fan, you can also get guided tours of the stadium on certain days for a fee. At last check, the cost per person for a guided tour was $15. Check out this site for the latest prices.

The cool thing about a guided tour is that you will get access to areas that are usually off limits to visitors on game day such as the locker room and press box.

During games, security is very strict, so don't think you're going to be able to walk out on the field. You'll be very disappointed to find out you can't go on the field before, during, or after football games. A guided tour is the best way to get this level of experience.

Anyway, I hope you take the time to check out the Big House the next time you are in the Ann Arbor area. Just wanted to share that it's well worth the time!

We offer all our customers a very reasonable rate for best quality interior painting. Our written quote is always the price you pay. No upcharges, no surprises.

When we schedule in your project, we are committed to completing the work in a timely and professional manner. We stay with your work site daily until proper completion. No dividing time between multiple jobs. Your project is always our top priority. 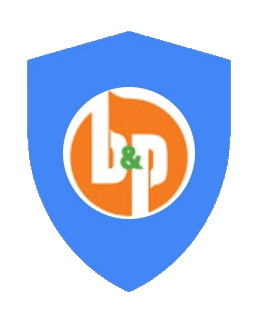